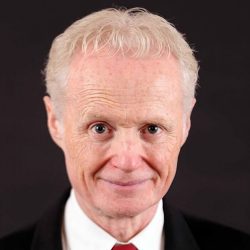 Brian Lee Crowley is Managing Director of the Macdonald-Laurier Institute. MLI is the only think tank in Ottawa dealing with the full spectrum of issues falling under the jurisdiction of the federal government. The Institute, which is celebrating its tenth anniversary in 2020, fills a glaring gap in Canada’s democratic infrastructure. Prior to MLI’s founding, Canada was the only G7 country not to have such a full-service think tank in its national capital speaking to the national electorate, policy decision-makers and opinion leaders, about national policy. MLI exists to make poor quality public policy in Ottawa unacceptable to Canadians and their political and opinion leaders, by proposing thoughtful alternatives through non-partisan and independent research and commentary.

MLI has enjoyed many successes, including: 1) being recognised as one of the world’s top three new think tanks in 2013; 2) winning the top international prize for excellence in think tank publications (the Sir Antony Fisher Award) for its first book, The Canadian Century (co-authored by Crowley, Jason Clemens and Niels Veldhuis); 3) being quoted by British Prime Minister David Cameron in his state speech to the Canadian Parliament in 2011; 4) winning the Sir John Templeton Prize for Outstanding Performance by a Young Think Tank; winning the Prospect magazine award for Top Social Policy Think Tank in North America and 6) being regularly ranked the #1 think tank in Ottawa.

Crowley has a long and distinguished record in the think tank world. He was the founder of the Atlantic Institute for Market Studies (AIMS) in Halifax, one of the country’s leading regional think tanks. AIMS is one of the world’s most honoured think tanks. It is a four time winner of the Sir Antony Fisher Award. No think tank in the world has won this honour more times than AIMS. Crowley is a former Salvatori Fellow at the Heritage Foundation in Washington DC and a former Senior Fellow at the Galen Institute, a health care policy think tank also based in Washington. In addition, he has been a member of the boards or advisory councils of institutes in places as diverse as Canada, the USA, Nigeria, Britain, France and Brussels.

In September 2009, Crowley published his fourth book, Fearful Symmetry: the fall and rise of Canada’s founding values, which quickly found its way onto the Canadian best sellers lists. Among his many other books and other publications, Crowley co-authored two projects on the Canadian health-care system both of which won the Sir Antony Fisher Award. In recognition of his health-care work, he was named to the most influential recent provincial health-care inquiry in Canada, the Alberta Premier’s Advisory Council on Health (the Mazankowski Committee). The Council’s Chairman, former Canadian Deputy Prime Minister Don Mazankowski, called Crowley the “intellectual architect” of the committee’s report. Crowley is a much sought after media commentator on health-care policy and has spoken to scores of national and international conferences in recent years on health-care reform in Canada.

From 2006-08 Crowley was the Clifford Clark Visiting Economist with the federal Department of Finance. This is the most senior independent economic policy advisory position within the federal government and carries with it the rank of an Assistant Deputy Minister. During his time in Ottawa, Crowley worked on a broad range of policy files and redesigned the pre-budget consultation process.

Crowley has headed the Atlantic Provinces Economic Council (APEC), taught politics, economics and philosophy at Dalhousie University, University of Manitoba, University of Winnipeg, le Collège Universitaire de Saint-Boniface, the City of London Polytechnic (UK) and the Université d’été at Aix-en-Provence (France) and has been constitutional adviser to the governments of Nova Scotia (Charlottetown negotiations) and Manitoba (Meech Lake negotiations). He has been a diplomat for the European Community’s Commission, an aid administrator for the UN in Africa, an adviser to the Quebec government on parliamentary and electoral reform and a Parliamentary Intern at the House of Commons in Ottawa.

Crowley is a frequent commentator on political and economic issues for the CBC, Radio-Canada and many other media, and is a former member of the Editorial Board of The Globe and Mail (one of Canada’s two national newspapers) and of the National Political Panel on Morningside with the late Peter Gzowski on CBC Radio. His articles appear in The Globe and Mail, The National Post, the Ottawa Citizen, The Hill Times, La Presse and numerous regional and local newspapers. He holds degrees from McGill and the London School of Economics, including a doctorate in political economy from the latter. 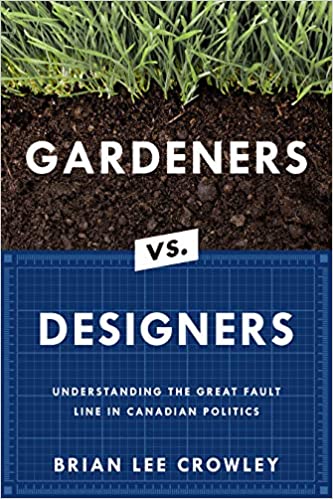