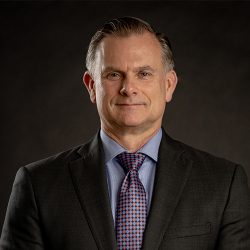 Dr. Spalding is the Co-CEO of Q Networks. “Q” is a standalone 5G service and software platform built to power the automated world. Q is built with native defense-grade hardening and data security to withstand the rigors of the modern autonomous battlefield, but available to protect Americans here at home.

Dr. Spalding is an innovator and accomplished national security policy strategist. He has served in senior positions of strategy and diplomacy within the Defense and State Departments for more than 26 years, retiring as brigadier general. He was the chief architect for the current widely praised National Security Strategy and the Senior Director for Strategy to the President at the National Security Council. Robert’s innovation while serving in the White House has led to a reset in national security and public policy regarding telecommunications in the US as well as globally.

Dr. Spalding has written extensively on national security matters. His book, STEALTH WAR: HOW CHINA TOOK OVER WHILE AMERICA’S ELITE SLEPT (Portfolio; 2019) is an executive summary of his almost decade-long work countering Chinese Communist Party influence. It has been translated into several languages. His academic papers and editorial work are frequently published and cited, both nationally and internationally. He has been interviewed about the economy and national security on FOX News, BBC, OAN and CNBC, as well as numerous radio and YouTube channels, both nationally and internationally.

Dr. Spalding is a skilled combat leader and a seasoned diplomat. Under Dr. Spalding’s leadership, the 509th Operations Group—the nation’s only B-2 Stealth Bomber unit—experienced unprecedented technological and operational advances. Dr. Spalding led his team through complex B-2 technological issues all the while achieving tremendous results at little to no cost to the government. He is a former China strategist for the chairman of the Joint Chiefs of Staff and the Joint Staff at the Pentagon, as well as having served as the senior defense official and defense attaché in Beijing. During the UUV Incident of 2016, Dr. Spalding averted a diplomatic crisis by negotiating with the Chinese PLA for the return of the UUV, without the aid of a translator.

Dr. Spalding’s relationship with business leaders, fostered during his time as a Military Fellow at the Council on Foreign Relations, allowed him to recommend pragmatic solutions to complex foreign policy and national security issues, now driving positive economic outcomes for the nation.

Dr. Spalding’s ground-breaking work on competition in Secure 5G has reset the global environment for the next phase of the information age.

Dr. Spalding is an Olmsted Scholar, a Life Member of the Council on Foreign Relations, a Senior Fellow at the Hudson Institute, Washington, D.C., as well as a Senior Associate Fellow at the Henry Jackson Society of London. He has lectured globally, including engagements at European Cybersec 2019, KAS-ASPI, S. Rajaratnam School of International Studies in Singapore, and Johns Hopkins Applied Physics Laboratory. Dr. Spalding holds a doctorate in economics and mathematics from the University of Missouri, Kansas City. He was a distinguished graduate of the Defense Language Institute in Monterey and speaks both Chinese Mandarin and Spanish.