Ted Morton is currently an Executive Fellow at The School of Public Policy and a professor emeritusin Political Science at the University of Calgary. In 2013-2017 he was Senior Fellow, Energy and Environment, at the Manning Foundation.

Dr. Morton was the MLA for Foothills-Rocky View from 2004-2012. During this time, he served as Minister of Energy (2011-12); Minister of Finance (2010); and Minister of Sustainable Resources Development (2006-2009). In 1998, he was one of two Albertans elected as an Alberta-Senator-in waiting. In 2001, he was the Director of Policy and Research for the Office of the Official Opposition (Reform Alliance Party) in the Canadian House of Commons. 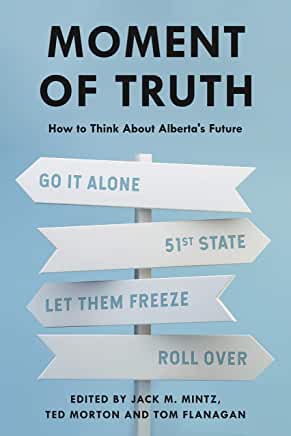 Moment of Truth: How to Think About Alberta’s Future – Edited by: Jack M. Mintz, Ted Morton and Tom Flanagan.