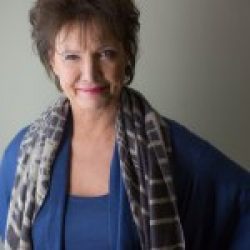 Diane Francis is a well-known journalist, author, broadcaster, and Editor-at Large at The National Post. She writes for publications around the world and is a regular contributor to radio and television, the Post Media newspaper chain, Atlantic Council in DC, Singularity University Hub, The American Interest in DC, and Kyiv Post, among other publications. She is a sought-after speaker at conferences on technology, geopolitics, US-Canada, business, energy, Russia-Ukraine, and white collar crime.

She is also on the Faculty at Singularity University in Mountain View California, a Senior Fellow at the Atlantic Council in Washington DC, a Distinguished Professor at Ryerson University, and is on the boards of the Hudson Institute’s Kleptocracy Initiative and the Canada-US Law Institute. She is a member of Abundance360, created by Silicon Valley influencer and space pioneer Peter Diamandis, who leads this exclusive group of 250 entrepreneurs. She has also served as a director on the boards of two New York Stock Exchange listed corporations.

Ms. Francis is an expert on Silicon Valley, future technology, geopolitics, energy, business, and white-collar crime, and has written ten books covering government corruption, business fraud, money laundering, politics, immigration, and economics. Her most recent book, Merger of the Century: Why Canada and America Should Become One Country, posits that both countries should combine in order to combat Russia, China, and the Asian Tigers’ emerging economies.

She has traveled and covered major news events including the fall of the Berlin Wall, the dismantling of the Soviet Union, Ukraine’s Orange Revolution, the biggest boiler room stock fraud in Amsterdam, Mandela’s ascension to power in South Africa, the Colombian cocaine trade, and the Quebec referendum on separation from Canada, to name some highlights.

She has won numerous national writing awards, received three honorary doctorates, and in 209 was given the Friend of Ukraine Tryzub Award. She has been a visiting fellow at Harvard University’s Joan Shorenstein Center on Media, Politics, and Public Policy. In 1991, she became Editor of Canada’s Financial Post, the first woman editor of a national daily newspaper in Canada.