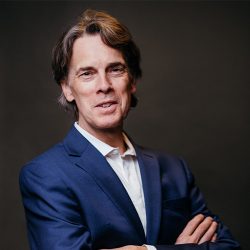 Stephen R. C. Hicks is Professor of Philosophy at Rockford University, Illinois, USA, Executive Director of the Center for Ethics and Entrepreneurship, and Senior Scholar at The Atlas Society. He is the author of five books:

He has published in academic journals such as Business Ethics Quarterly, Teaching Philosophy, and Review of Metaphysics, as well as other publications such as The Wall Street Journal, Cato Unbound, and The Baltimore Sun.

In 2010, he won his university’s Excellence in Teaching Award.

He received his Bachelor’s and Master’s degrees from the University of Guelph, Canada, and his Ph.D. in philosophy from Indiana University, Bloomington, USA.