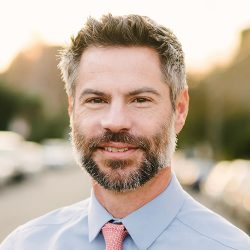 He is founder and president of Environmental Progress, an independent nonprofit research organization that incubates ideas, leaders, and movements. Michael is a Time Magazine “Hero of the Environment,” and Green Book Award winner. And he is cofounder of the California Peace Coalition, an alliance of parents of children killed by fentanyl, parents of homeless addicts, and recovering addicts.

Shellenberger is a leading investigative journalist who has broken major stories on crime and drug policy; homelessness; Amazon deforestation; rising climate resilience; growing eco-anxiety; the U.S. government’s role in the fracking revolution; and climate change and California’s fires. And he testifies and advises governments around the world including in the United States, United Kingdom, Japan, Taiwan, South Korea, the Philippines, Australia, the Netherlands, Belgium, and Germany.

Michael has been called a “environmental guru,” “climate guru,” “North America’s leading public intellectual on clean energy,” and “high priest” of the environmental humanist movement for his writings and TED talks, which have been viewed over five million times.

Shellenberger has been a climate and environmental activist for over 30 years. He has helped save nuclear reactors around the world, from Illinois and New York to South Korea and Taiwan, thereby preventing an increase in air pollution equivalent to adding over 24 million cars to the road.

In the 1990s, Shellenberger helped save California’s last unprotected ancient redwood forest,  inspire Nike to improve factory conditions, and advocate for decriminalization and harm reduction policies. In the 2000s, Michael advocated for a “new Apollo project” in clean energy, which resulted in a $150 billion public investment in clean tech between 2009 and 2015.